Vitalia Naturopathic Doctors > Healthcare > genetic > What is a MTHFR? 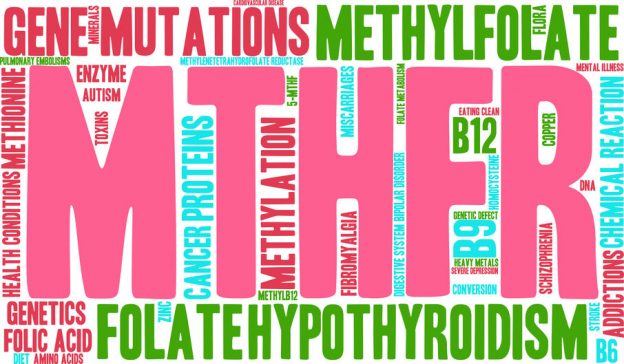 Besides of sounding similar to a profanity, the methlenetetrahydrofolate reductase gene has gained a lot of press in the past decade. The MTHFR enzyme is part of a complex biochemical process that involves the production of homocysteine and also detoxification in the liver. This operation uses B vitamins and other nutrients to help change toxic substances into less toxic by-products. So what’s the hype? 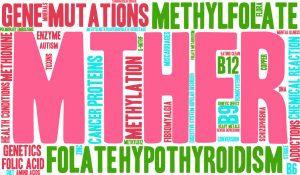 Since the Human Genome project completed in the early 2000’s, Scientists have made great strides in understanding the relationships between our genetic material and the function of our body. Experts have been able to identify genes through DNA testing that code for increased risk for diseases and ancestry origin. Using these technologies, we can now test for variations of genes with functions such as detoxification, building of vitamin D receptors, obesity, performance in sport, nutritional deficiencies and of course predictors of diseases such as cancer and Alzheimer’s.

The gene that codes for MTHFR has variations (mutations) that up to 40% of the population carry. The different variants are due to small changes in the sequence and are called SNPs. MTHFR SNPs are named by the location on the DNA – C677T and A1298C. Since we all have two copies of each gene, people can have either two of the same copy or two different copies, thus there are a few combinations of SNPs /variants. The C677T SNP is estimated to be found in 30-40% of the population and the A1298C at around 20%, while some individuals carry both variants.

Conditions that are linked with MTHFR variations include:

A symptom that is often linked in my practice to these variations is extreme sensitivities to foods, allergens, supplements, medications and scents. People who know that they cannot tolerate new exposures are often the ones with two copies of either SNP. Testing DNA sequences for SNPs is done at a few labs across North America in addition to the interpretations that can be extrapolated from common DNA coding companies such as 23andMe. The medical branch for genetics is called epigenetic and it is likely the future of modern medicine – using personalized treatment based on individual DNA.

Once the SNPs are identified, treatment protocols can be initiated to help the MTHFR enzyme do it’s role more efficiently. It often involves supplying the body with co-factors such as B vitamins, micronutrients such as Molybdenum, magnesium and sometimes glutathione. However the amount of and order that supplements are introduced is important so as not to over load the enzyme. Certain foods should be added into the diet and others avoided to improve nutrients levels and decrease inflammation.

Do these symptoms sound familiar to you?