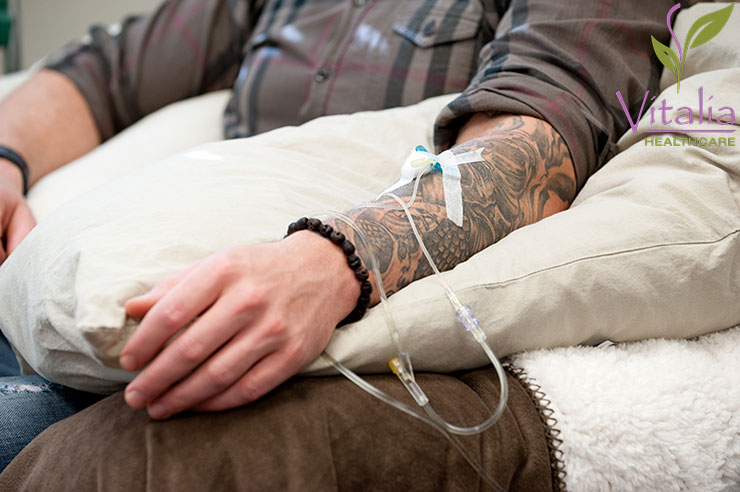 Glutathione is known as the “master anti-oxidant” that is made in the liver from 3 amino acids: glutamate, glucose and cysteine. [1]

Glutathione has many roles in maintaining good health. It performs these 4 most critical functions: [2]

Studies have shown that seniors who live into their 80s have higher levels of glutathione. In contrast, low glutathione levels triggers cell breakdown, increase risk of disease and cell death.[3] Therefore, glutathione is required to maintain healthier cells and mitochondria levels for wellness and longevity.

Antioxidants work by protecting the body from free radicals or “oxidative” damage. Free radicals are produced when the body creates fuel from the food you eat and these become dangerous byproducts. Glutathione is the “master anti-oxidant” that binds to oxidative compounds that damage cell membrane, DNA, and energy production. It neutralizes oxidants like superoxide, nitric oxide, carbon radicals, hydroperoxides, peroxynitrites, and lipid peroxides. [4]

Our body has the same garbage, waste, and recycling process similar to removing trash on a weekly basis. There are 3 phases of detoxification:

Phase 1: Cytochromes (proteins in the mitochondria) partly process toxins like car exhaust, smoke, alcohol, dioxin, drugs, radiation, heavy metals, pesticides and cancer causing agents. In some cases, phase 1 can turn toxins to even more dangerous free radicals. They are not damaging but they can decrease glutathione, creating an imbalance between phase 1 & 2. [5]

Phase 2: The enzyme, Glutathione-S-Transferase (GST), attaches glutathione to phase 1 byproducts and neutralizes their toxic potential. GSTs make these toxic materials more water-soluble and ready to be excreted. Without glutathione, enzymes and proteins can not efficiently perform their function. [6]

Phase 3: Toxins eliminated from the body via kidneys (urine) and liver (bile).

Other functions of Glutathione: