Vitalia Naturopathic Doctors > Healthcare > naturopathic > What is T3 aka Triiodothyronine? 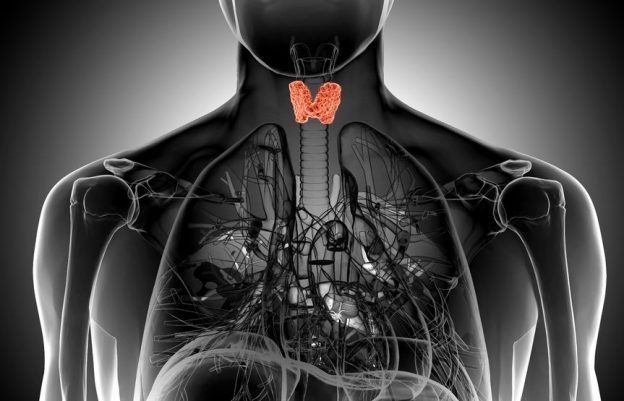 Hot throughout the night or perhaps intermittently? Menopause is far from the only cause of waking up sweaty and throwing the blankets off. Often this is not a main symptom that new clients come in to have addressed but it is circled on the intake form. When I see this, I use it as a major clue as to which body systems are out of balance.

The thyroid gland sits just below the voice box and above the sternum in the throat. Without this incredible gland, humans and other mammals could not survive. The hormones produced set the rate of metabolism of the body – the amounts of various other hormones, and proteins made as well as rates of cholesterol and sugar breakdown for energy and weight loss. Even heart rate and force called cardiac output is controlled by thyroid hormones.

The most potent thyroid hormone that is made naturally in the liver and the pituitary gland in the brain is called triiodothyronine, or T3. It is generated from T4 by an enzyme in the deiodinase family by removing one iodine molecule. T3 is 4 times stronger in the body than T4 yet found in the blood plasma at only 2.5% the amount that T4.

Why is all of this relevant? When it comes to thyroid hormone replacement in cases of hypothyroidism, the most commonly prescribed medication is a derivative of T4 called Synthroid. Many people tolerate Synthroid well and can effectively convert it into T3 to be used to improve metabolism. However, there are situations when Synthroid alone isn’t as effective as as a combination of Synthroid and the pharmaceutical version of T3 (Cytomel or Liothyronine).

Some people are “poor converters”, T4 isn’t changing efficiently into T3 either in the pituitary or the liver. This can be seen when looking at blood tests of free T3, free T4 and reverse T3 levels. Comparing and calculating ratios and where values are in the reference range helps to determine which medications would be the best option. T3 can be prescribed as Cytomel in two different pill strengths or as a custom compounded medication at any strength with ability to have a sustained-release capsule for longer effects in the day.  Conventional thyroid testing often doesn’t include all of these hormone levels but when working with a Naturopathic Physician, a good thyroid panel includes these and usually a few more markers for the whole picture.