Targeting Angiotensin 2 as an Anti-Aging Plan 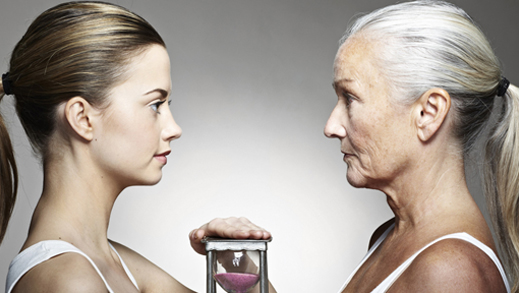 For many years doctors have been treating kidney disease, high blood pressure and heart disease with drugs that block something known as angiotensin II (anne-gee-o-ten-sin-two) or short form Ang II. Ang II can cause constriction of the blood vessels and salt retention so blocking it can help relax the vessels and put less stress on the vessels and thus the kidneys and heart.

Over the last 50 years studies on the effects of angiotensin II inhibition have been extensive. Elevated levels of Ang II have been shown to cause direct vascular damage by increasing free radicals in the cells that line the blood vessels, cause kidney and heart damage and recently it has been shown to cause brain inflammation resulting in the feeling of stress, anxiety, depression and even PTSD.

Although having Ang II is normal in our bodies, elevated levels for long periods of time can cause a lot of damage and decrease quality of life. It is typically elevated with kidney damage, hardening of the arteries, heart disease and chronic stress. This high level of Ang II, if not controlled, will cause more damage to the kidneys, vessels, heart and brain!

So, long ago drugs were made to inhibit the production of Ang II, they are the class of drugs called ACE inhibitors, (i.e. Angiotensin Converting Enzyme inhibitors) that basically inhibit the conversion of Ang II into its active state. Very cool because by controlling Ang II kidney disease can be slowed down, heart disease, especially after heart attacks, can be treated as Ang II plays a big role in heart disease and blocking Ang II can actually help heal the heart muscle, blood pressure and vessel damage can be helped too. The story doesn’t end there; over the last few years science has found that Ang II is related to not only brain health but also aging!

First Brain health. In May 2012, the Journal of Psychiatry published findings related to the use of ACE inhibitors and the reduction of PTSD (Post Traumatic Stress Syndrome) symptoms. Basically they found that PTSD sufferers who were treated for hypertension with ACE inhibitors noticed that many of their PTSD symptoms went away! As it turns out, Ang II causes inflammation in the brain and can be related to certain forms of anxiety, depression and PTSD symptoms. Now scientists are looking into Ang II inhibition for the prevention of other brains disorders like Dementia, Parkinson’s and Alzheimer’s.

Now for the really amazing part of ACE inhibition. There is a gene called KLOTHO, identified in 1997 and named after a Greek mythological goddess who determines life span (actually there are three; Klothos, Lachesis and Atropos). This gene basically helps repair certain cells and when mutated, life span is shortened considerably. Klotho is made by the kidney (and the brain) and this is why those with advanced kidney disease tend to age early and/or have poor healing properties. Interestingly, Ang II can inhibit Klotho! So by controlling Ang II one can not only protect vessels, heart, kidney and brain, but you may actually be able to prolong life by protecting Klotho production!

How can I inhibit/control Ang II? Depending on your philosophy, you can take small amounts of an ACE inhibitor, certain foods and/or supplements can decreases Ang II albeit not as strong as certain drugs. As well certain foods, example sea vegetables have been shown to inhibit Ang II but again, not as strong as medications however the consistency of eating certain foods will, overtime, help.

For more detailed information and guidance feel free to contact Dr. Rivet for a consultation.