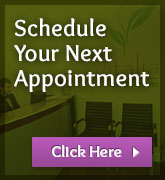 Small Intestine Bacterial Overgrowth (SIBO) is estimated to be the root cause of over 70% of all IBS cases. Symptoms are wide ranging, but most common is bloating with excess gas. Others include constipation or diarrhea, heartburn, acid reflux, abdominal pain, weight changes and low energy. Sometimes SIBO can be found along with abnormal levels of stomach acid and skin conditions such as rosacea, acne, psoriasis and eczema.

There are trillions of bacteria and yeast cells living in the digestive tract. Almost all naturally reside in the large intestine. SIBO can be the result of an insult to the digestive system such as food poisoning, traveller’s diarrhea, multiple antibiotic use, food allergies or sensitivities and even another digestive disease (celiac, ulcerative colitis, crohn’s). In these cases, bacteria are able to migrate into the small intestine and colonize, creating an inflammatory state and digestive upset.

Since the bacteria found in SIBO use healthy foods that people consume for energy, bloating can often be inconsistent and difficult to determine which foods were the cause. A breath test using the sugar lactulose as a food source for the bacteria is currently the best way to diagnose SIBO. Bacteria respire certain gases such as hydrogen and methane thus the analysis of gases in an exhalation will determine the presence of SIBO.

At Vitalia, we use the lactulose 3-hour breath test to diagnose SIBO. The test is done at home over a 3 hour period. Once completed, the kit is sent to a local laboratory for analysis and results are often ready within the week.

Treatment plans vary and can last between 2-3 months, depending on severity and complexity of the SIBO. Symptoms however are most often relieved within the first 10 days of treatment. At Vitalia, we provide a detailed treatment plan which addresses the causes of SIBO as well as eradicates the syndrome. In this method of treatment, there is a much lower rate of relapse compared to eradication protocols for 2 weeks only.